Dr. Barnoya was born in Guatemala city, January 23rd 1931. Medical Doctor from the University of San Carlos and postgraduate studies in Boston and New York in Urology. He performed the first kidney transplant in Guatemala.

He is know for being one of the main promoter of the "Huelga de Dolores" a parody put together by University students of San Carlos de Guatemala that comes out as a parade on the last friday of lent.

He is an absolutely charming man involved fully in life! We met him and took this picture at Sophos when he was presenting his book "Last Words". It also so happens that my daughter Megan goes to school with one of his grandsons! 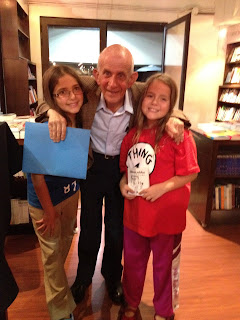 Below the cover of the  wonderful collection of short stories in his book "Ultimas Palabras"  by José Barnoya García.
Page 92: The Irony

You can be proud, the inform revealed it is man, he has a cromosome X and a cromosome Y . Thirty three years later he was buried as XX. 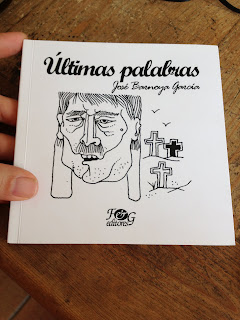