Plaza Berlin is located at the very south end of Avenida Las Americas, which is the prolongation of Avenida Reforma. When Guatemala city had grown to be merged with all its neighboring cities this was the furthest day trip south inside the city.

This Plaza was named after the city of Berlin and built jointly with the German Embassy in Guatemala. It has a wonderful view of Pacaya Volcano so it became a viewpoint where people would come eat tostadas, watch the sunset. As you can guess it was an is a favorite stop for couples in love. During the 90`s it became somewhat dangerous. Since it is tucked in behind the buildings of the area and has lots of trees people started often becoming subject of thefts and assaults. This has changed now with a renovation undertaken by the City. The project involved a renovation of the fountain and murals but also great landscape job, along with an outdoor gym and playground. 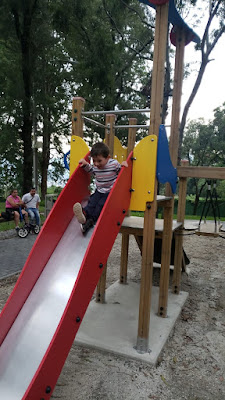 As it reads on the park´s sign:  “Berlin Square was constructed 1965, through joint planning between the Municipality of Guatemala City and The German Embassy. A concrete mural named Divided Berlin was placed in it, and in front of it a unique fountain made with mosaic brought from Venice.” 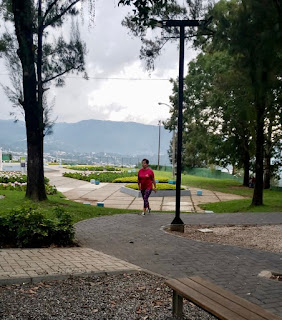 During the restoration this new mural was incorporated. It reads peaceful coexistance. It is part of a larger iniciative that has the objective of recovering public spaces and making the safe and accesible for all.


In the year 2006, the monument Berlin for Liberty was erected, which is made up by three original sections of the Berlin Wall, that diveden Germany between 1961 and 1989... A fallen pieces was placed, symbolizing the fall of the Berlin Wall on November 9th 1989. The tree pieces had original graffitis, which with time were lost. The current design was done by Guatemalan artis Daniela José Dávila Villa and symbolizes life, liberty, peace and respectful coexistance ideals shared by Germany and Guatemala and whose colors are represented in the mural painted by youngters.

This bear is the most recent addition, it is part of the  United Buddy Bear project. In the back Pacaya Volcano.

A Truck Load of Happiness

I was in traffic resigned to just drive and get to where I was going whenever I got there, and in that mode I saw this wonderful sight! 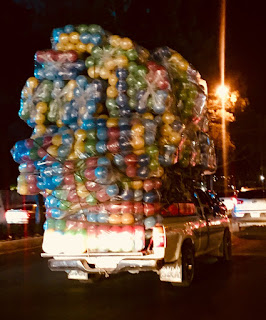 
You can picture construction workers playing their classic lunch break “chamusca”. How many happy goals? How many fun plays for only Q5.00 a ball?
You can picture dozens of kids running on dirt fields behind a plastic ball on recesses across Guatemala. How many exciting yells of Gooooooooooooooool?
The classic and always there in every corner store, the plastic ball.

They are multifuntional. It’s greatest day are felt and seen  of course on the feet of kids, but later you can see kids wearing them as helmets  (half a ball). The red ones are bought as  bulb shades hung on the outside of houses to indicate you can buy tamales there. A restaurant sell cocktails prepared with local liquor in balls with a straw. I have seen them as tree ornaments on town squares hanging from  trees.


I don’t think  there is one Guatemalan who has not held on of these (now Q5.00, during my childhood Q0.25) plastic balls.

The day we went to Laguna El Pino we had such a nice time with Nicole that we decided to extend out tour to another nearby lagoon: Laguna Ixpaco.
Coming from El Cerinal we took the road back to Guatemala and turn towards Pueblo Nuevo Viñas, you would recognize the turn by all the pineapple stands on the road. Just before town there is turn to the left to this laguna. It is a dirt road (a beautiful but scary dirt road if you have not been). We drove for some 20 minutes not knowing exactly what to expect and thinking if we get stopped there is not much we can do. 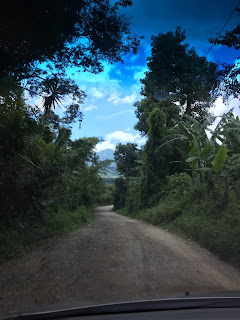 This lagoon is so particular because it is Sulfer with it hard boiled egg smell and dandruff control shampoo color. It is so because it is vein from the nearby Tecuamburro Volcano.

The last time I had been was about 35 years ago. I went with my parents to a fancy wedding in a coffee plantation somewhere around there because I remember driving by on the way out. Which made me think as we kept driving there must be another way to get to this place because for sure we where not off road so long then. 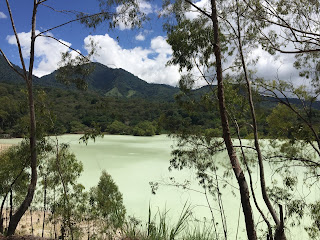 The pictures do no justice to how beautiful it is, the color is amazing and the feeling is as if you have stepped into a prehistorical movie, particularly because like almost all potentially touristic places in Guatemala there is nothing to remind you of the modern era (except for the plastic litter because there aren´t any trashcans either). At dinner we discussed about it, on one hand of course being so natural is great yet if not taken care and appreciated it slowly and silently gets ruined. With so much need for development in communities an eco tourism project ran by the locals would be great, like on the Dead  Sea were you can get in, get mud baths, there are showers, eating areas and such. 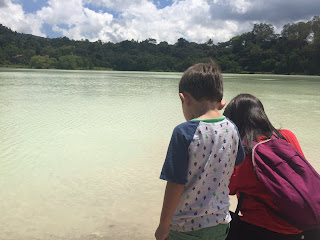 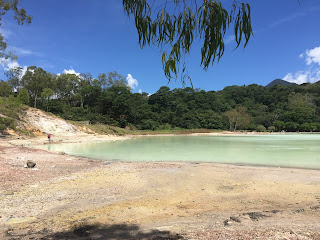 The Lagoon was on the news recently because what appear to be a crater started forming, here are two videos of hot bubbling substance on the lagoon shore. 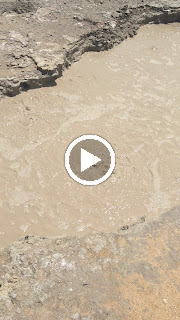 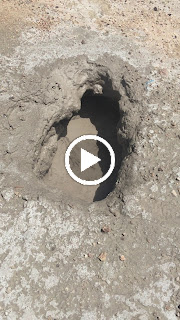 We had a wonderful time admiring this nature´s wonder. We were debating weather to exit towards a main road  continuing the the dirt road we were on, but waze and maps showed the road interrupted.  My gut feel said there was a road, so we risked it  and I am glad we did.  It was no more than a 5 minute drive out to the main road towards Chiquimulilla. We exited right at kilometer 84. Now we know that the best way to get there is taking the road to El Salvador, turning  at el Boqueron  towards  Chiquimulilla and then making  a right turn on Km 84. 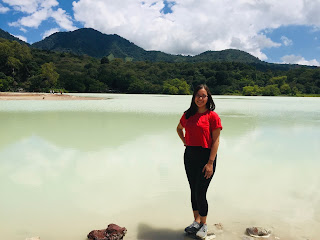 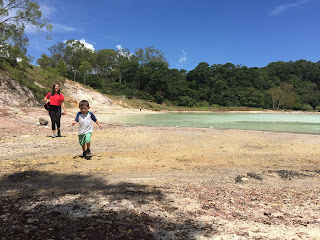