A divided and torn Guatemala

I don’t want to get too political so I will just tell a little real life moment from Saturday afternoon. I went to protest against the “cooperation agreement” signed between US and Guatemala, but the comical part, if you may, was that there were 3 protest going on the surroundings of the main plaza. Each one distinctively different on cause, ideology, and even the way each group was dressed.
The next day a newspaper confused the pics and causes to the disgust of a group. 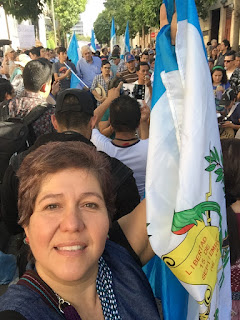 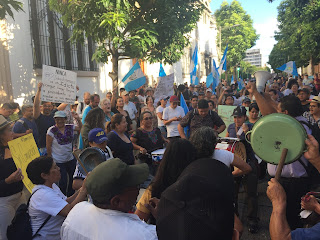 Today I read an article on the Colombian winner of the tour the France and it was almost as the writer was describing Guatemala (minus the win).
We are so divided and there are so many congruent issues, feelings, causes. I quote here part of the article: “In our country it is normal that we have winter and summer the same day, sun and hail, shame and happiness, pain and joy up to the highest summit of our mountains”
Working for Peace Guatemalan Genes No comments:

This will become our new official stop going to Monterrico from the road to El Salvador.
Right at the turn to Chiquimulilla is this quaint restaurant/cafeteria called “Estación Boquerón”, KM 65.5. It is on the road with parking in the back. 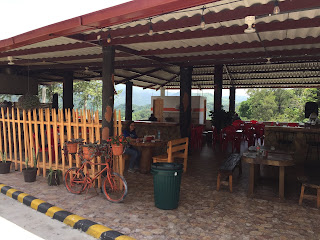 We had pacayas envueltas, battered pacayas, a good place to have them since they are grown in the region. 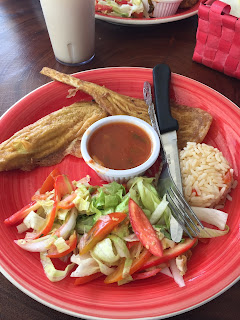 Today we stopped on the way back from Chiquimulilla were we did Human Rights training to some very a proactive and enthusiastic group of police agents. 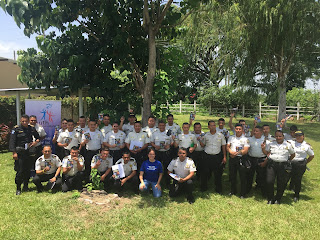 Today we decided to go explore Laguna El Pino, the last and only time I had been was about 20 years ago that a Rotarian friend who had (or has) a weekend house there invited us. I had and idea of where it was but since it is not such a popular destination I had to Waze it. Laguna El Pino is on the road to El Salvador about 45 minutes from the city, on a Sunday with no traffic. It is in the department of Santa Rosa and the entrance is in El Cerinal. 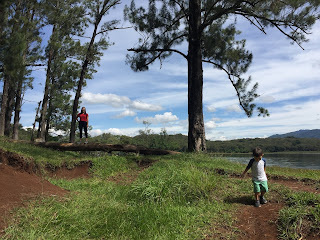 Mountain bikes would have been a better choice but we were able ride some short trails to go to the shore, throw rocks, and take some pictures. We got there early so we were there along with the church groups who were having their service and baptisms and  with the the teams of the early soccer games. 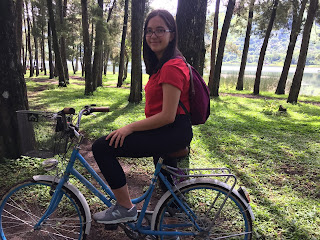 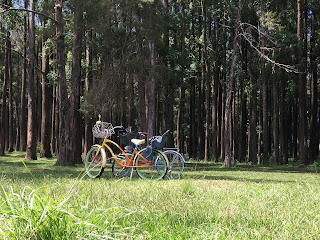 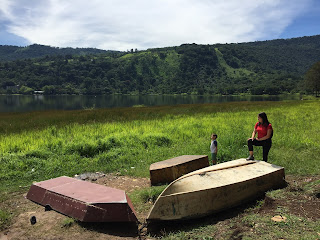 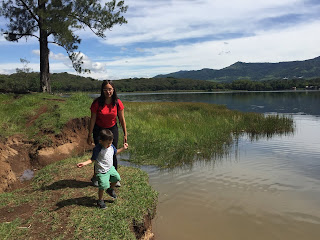 We ventured out the park to ride around the lake, there are a couple of restaurants where you can rent kayaks and just hang out . There are also placers to hold private events. Again our city bikes were not ideal, we turned around half way unsure of the road to come but a big group of bikers passed us and then encounter us back at the entrance, so we know there is a way to go all around it. 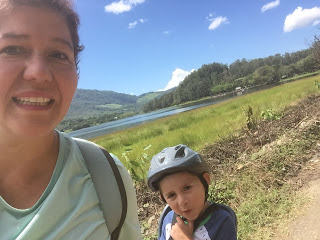 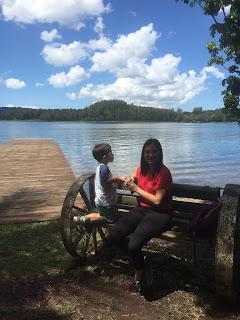 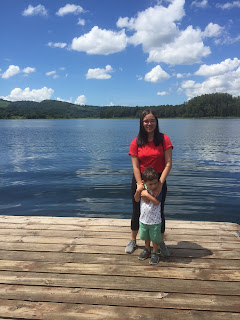 We came back loaded the bikes and then took a little boat rides Q30.00 for the three of us. We took some nice pics with Acatenango and Agua volcanoes on the back 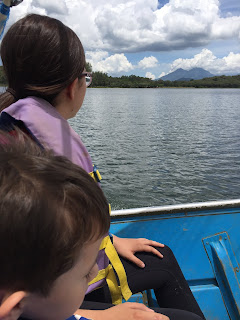 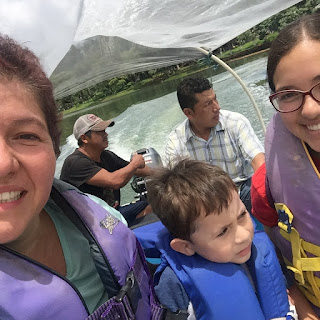 Finally we joined the Sunday crowd, mostly locals, who were eating and chatting watching the kids play in the water. Our menu elotes locos and chiles rellenos. 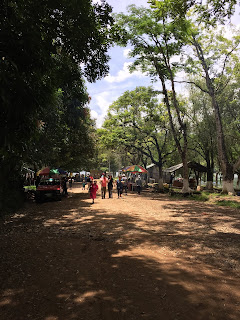 The Art of Piñatas

I cannot ever get over the cleverness and ability of the Piñata Makers. For Sofi´s and Cooper´s 4th birthday we got Sky, Forky (OMG), and McQueen.
Although I don´t particularly love the idea of hitting your favorite character nor getting in a wrestling match for the fallen candy, if in Guatemala your childhood has to have Piñata memories.
Consider having a little piñata party when visiting Guatemala, each one of these piñatas was Q40.00 (less than $US6.00), the candy can turn out to be more expensive than the piñata, that in itself tells a not happy story about labor cost in Guatemala.

This is Guatemala, sweet and sour.
Working for Peace Guatemalan Genes No comments: